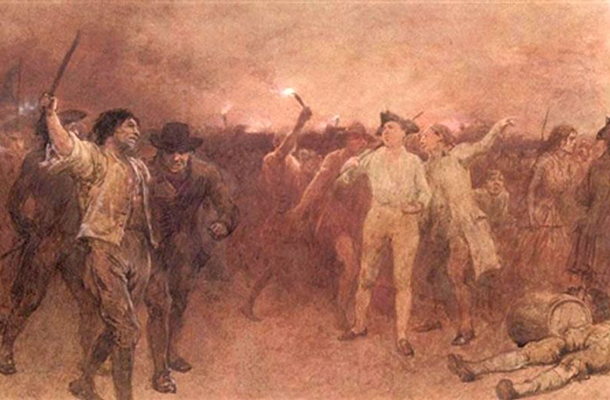 (englischer Beitrag / english contribution)
On October 2, Sean Bonney and Catherine Hales appeared in Vierte Welt for the 3rd installation of Politik der Lyrik. Sean gave something like a lecture reading (full text) that attempted to salvage a latent potency hidden in the youthful birth-moment of Romanticism to imagine a way out of the death-bound trajectories of the present moment, inflected specifically by the current situation in Tory England. Tying together Shelley’s figure of Queen Mab with the situationist style slogans of the 80s group, King Mob, he argued for poetry a kind of hallucination and dreaming that performs a public critique of capitalist subjection.

Catherine Hales decided to take Sean’s thesis on directly, questioning the relevance and effect of such public agitation in one’s capacity as a poet (see article below). Arguing that poetry’s subversiveness is at the level of language, it deciphers the signs of power, rather than setting agendas. She also questioned the tendency of ‘the political’ in poetry to implicitly refer to a leftist politics, therefore risking a kind of echo chamber, preaching to the converted.

In the discussion that followed, this idea of preaching to the converted and creating open spaces for debate became a topic of discussion, perhaps too much. We also discussed the relation of violence to writing, in terms of content, expression, for the experience of the reader.

Catherine Hales lives in Berlin, and works as a translator. Her books include hazard or fall (Shearsman Books 2010), a bestiary of so[nne][r]ts (Oystercatcher Press 2010) and feasible stratagems (Veer Books 2013), and as translator, Berlin Fresco – Selected Poems of Norbert Hummelt (Shearsman 2010). She is also included in the 2010 and 2012 Shearsman anthologies Infinite Difference, edited by Carrie Etter and Sea Pie, edited by Peter Hughes. Recordings of her reading are available in the Archive of the Now. Her poems have been translated into German and Czech. She was co-ordinator of the Berlin Poetry Hearings festival.

I don’t think Shelley was really very interested in violent working class revolution. Apart from the fact that the working class hadn’t yet really formed in his lifetime, Shelley was a rich, privileged white boy belonging to a class that had everything to lose from revolution, the Etonian elite. Unlike the working class lad John Keats. Incidentally I once read an ingenious interpretation of the ‘Ode to Autumn’ reading it as a commentary on the Peterloo massacre. That may or not be the case. I think the revolution that Shelley was interested in was the revolution of the imagination over reason, which he makes fairly clear in his ‘Defence of Poetry’ where he makes the famous claim that poets are “the unacknowledged legislators of the world”. The important word there is ‘unacknowledged’. The primacy of poetry is in the realm of the imagination, the aesthetic sphere.

When it comes to activism in the ‘real’ world – poetry and ideology don’t mix well, whether the ideology is religion or politics or whatever. With the benefit of hindsight we are now, in the early 21st Century, able to see where Romantic utopianism ended in the 20th – in gulags and concentration camps, Hitler, Stalin and Mao, piles of skulls in Pnomh Penh, Auschwitz, and continues to hold sway in North Korea and some radical circles. It involves a belief in human perfectibility – through coercion if necessary, and a process involving the oppression and suppression of the very people, “The People”, who are supposed to be the beneficiaries, indeed the drivers of the “revolution”. Otherwise it’s a bunch of mostly men grumbling into their pints of Theakston’s. And where does poetry come into this? As Keats wrote, “We hate poetry that has a palpable design upon us — and if we do not agree, seems to put its hand in its breeches pocket.” In any case, as Auden said, “Poetry makes nothing happen”. Here’s the thing: I think poets should leave ideology outside the door when they sit down to write because it gets in the way of the poetry. ‘Political’ poetry is usually very bad poetry, amounting to little more than sloganeering or agit-prop, hymns of praise to the powerful or songs of protest by the powerless, as Hans Magnus Enzensberger pointed out in his 1962 essay ‘Poetry and Politics’.

This is not to say that poetry is not and cannot be ‘political’. It is. Poetry is already political because it’s subversive, and it’s subversive because it’s poetry (if it’s good poetry). It’s subversive because it’s about language. It’s made in language, and it makes language, and most importantly it reclaims language from the forces of power (advertising, parties, media, corporations etc.) which seek to define it in their own image and slap a patent on it. I resist them by using language in ways unsanctioned by power and in a sense throwing it back with a hefty dose of irony. Maybe it doesn’t do much good because the people who should be reading it don’t. A futile gesture, then. But what else can I do?

Devin Zane Shaw reviewing Jacques Rancière’s The Politics of Literature translated by Julie Rose: “The politics of literature and the politics of equality both introduce a miscount into the count or representation of speech, bodies, and spaces within a particular set of social relations. Nevertheless they do so in different ways: politics is a dynamic of the subjectification of collective practices that operate through disagreement and dissensus, while literature produces a literary misunderstanding that introduces new relationships between words and things. Hence these two forms of politics – dissensus and misunderstanding – challenge and reconfigure different aspects of social life: ‘Politics works on the whole, literature works on the units’. One can then anticipate Rancière’s conclusion that literary misunderstanding does not often ‘serve’ political disagreement. That is, the politics of literature cannot be reduced to a political program, which would make of literature a technique of ideology critique, or a technique for properly representing social relations. … literature introduces a new regime of poetics that seeks to decipher the signs written on the mute things that support the actions of the characters – in short, the poetics of the stage on which the story takes place, ‘the laws of a world on the body of mundane things and in words of no importance’. Rancière argues that it is through literature that symptomal reading – as utilized in Freudian and Marxist theory – becomes possible. This regime functions as a metapolitics, which looks behind the actions of political dispute (or literary fiction) for the true motor of history (or the story); it searches for the base underneath the superstructure.”1

So the last thing I need to be doing as a poet is spraying graffiti on walls and yelling slogans at rallies etc. Of course I can, but it’s nothing to do with poetry; I don’t do that in my capacity as a poet. Extra-curricular activities at best. In any case, the supposed beneficiaries of activism, the working class, don’t generally give a shit about poetry and are often deeply conservative, valuing the right to buy their council houses, cars and foreign holidays over revolution, more likely to vote for Ukip than any party on the left. History shows that coercion is needed to effect revolution from the top down. Revolution is a bourgeois luxury.

George Oppen saw the incompatibility of writing poetry and being politically active, and so stopped writing for thirty years.

I think the word ‘political’ itself needs to be examined. It seems to me that whenever the talk is of ‘political poetry’ (which as I’ve tried to tease out is a contradiction in terms) or of being ‘politically active’ what is meant is on the left. What is meant by political poetry is protest verse coming from the left. Political activism means dissent and action on the left. The audience broadly agrees with you, so ultimately you’re preaching to the converted. Someone like Nigel Farage or Boris Johnson or the people from the AfD party here in Germany wouldn’t be allowed into the room or anywhere near the rally or picket line or whatever, would be howled down and thrown out. Why? Because we disagree with their views. We dissent. We censor. We only allow views we agree with. What good does that do? Where is the dialectics in that?

Maybe it’s that the right is where power resides, while the left is the position of powerlessness. Good poetry is subversive because it seeks to change awareness through innovative use of language, while the mainstream represents the right, one might say, with no interest in changing things and content to use and re-use worn phrasings and tropes and win poetry competitions and prizes. Does any good poetry come from the right? Or from the left, for that matter? Can overtly politicised poetry be good poetry?

Putting graffiti on a wall where commuters on a train can see it is a grand gesture, but what makes anyone think that those commuters are going to do any more than give it a tired glance and go back to their share prices in the Financial Times?

Plato excluded poets from his Republic because poetry imitates the things of the world of things and not the world of ideal forms, hence they are at two removes from the truth; and besides, poetry appeals to the base passions rather the high purity of reason and might corrupt youth and upset the safe equilibrium of the state. That’s precisely why poetry is necessary. To tell the truth, its own truth, not the truth of power, to “tell all the truth, but tell it slant” (Emily Dickinson) and disrupt the complacent polity of those who think they own language. Unfortunately the State can afford to ignore us.